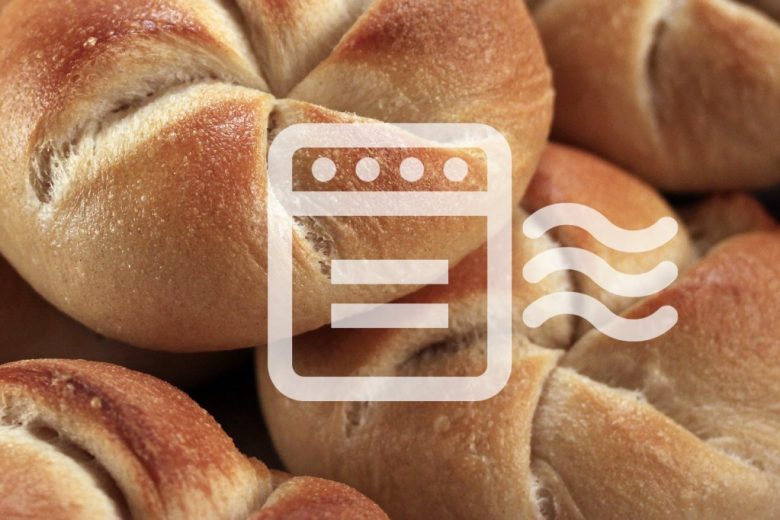 By adding steam, a relatively large amount of heat is suddenly transferred to the surface of the dough. Condensation occurs between the temperature of the dough of approx. 30°C and that of the steam 100°C. As a result, the gluten proteins coagulate on the surface and release their water to the starch. The starch gelatinizes completely, and an elastic and gas-tight skin is created.

The generation of steam in the oven requires a relatively large amount of energy, so don’t overdo it!

Why should steam be added at all when baking:

Most types of bread require a sufficiently moist baking atmosphere for optimal oven spring. If there is insufficient moisture, a dry skin immediately forms on the surface of the dough, preventing optimal expansion.

The hot steam hits the cooler surface of the dough pieces and condenses, i.e. a thin layer of water forms.

The gluten remains easily movable even when it begins to solidify as long as there is enough water available to allow the movement and the gluten has not yet hardened. Thus, as a result of the oven spring, an increase in the volume of the baked goods can be achieved.

By adding the steam, the following is achieved:

The Steam amount depends on the:

The retention time for steam:

In order to get an optimal smooth and shiny color on pretzel breads, they are baked without steam and with the drafts open during the baking time. The lye adhering to the surface of the dough would be diluted with the moisture from the steam. This would result in a dull, unsightly bread surface.