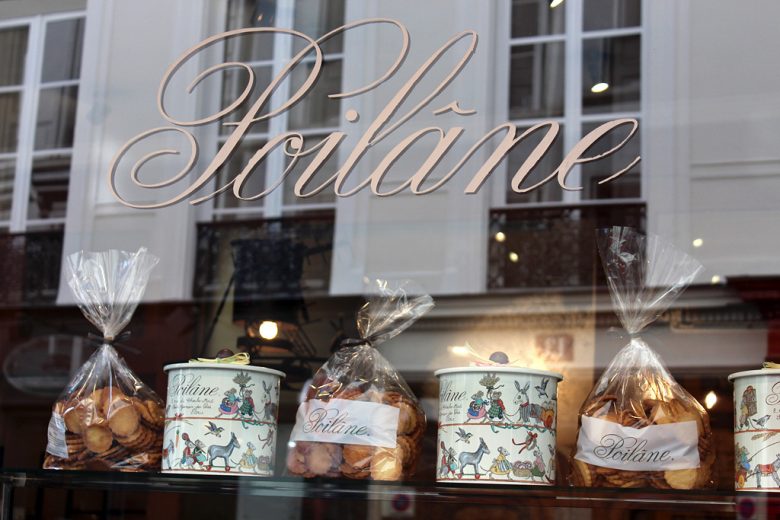 Our first stop was to the wood-fired bakery “Poilâne” in the 8 rue de Cherche-Midi. The founder of this bakery was Pierre Poilâne, who came to Paris from Normandy in 1932 to open his first bakery. Pierre Poilâne didn’t want to have anything to do with baguettes, because he relied on the round “miche” from the start.

Flour, salt, and water are the only things on the ingredients list for the Pain Poilâne. This loaf is a pure wheat sourdough bread that doesn’t contain any rye. The grain is ground on stone mills, salt must come from the Guèrande / Bretage and the bread must not contain any leavening agents other than its own sourdough.

Lionel Poilàne learned the bakery trade at the age of 14. In 1970 he took over the company and through his travels Lionel made his first international contacts with various retailers. You don’t need to advertise this bread today, because this bread is sold in more than 1500 locations worldwide, including Boston, New York, Tokyo, …

In the basement of the Rue du Cherche-Midi there is still the wood-burning oven in the basement, which is still used to freshly bake bread daily. The bread factory with 24 wood-burning ovens is located in the Paris suburb of Bièvers. 10-15 tons of baked goods are produced there every day. Two more in Paris and one in London (ingredients are transported to England).

At the age of just 18, Apollonia Poilâne took over the company. The circumstances in which she followed in her father’s footsteps were tragic: Her parents died in a helicopter crash over the English Channel in 2002.

Today, the company’s revenue is 14 million with 160 employees.