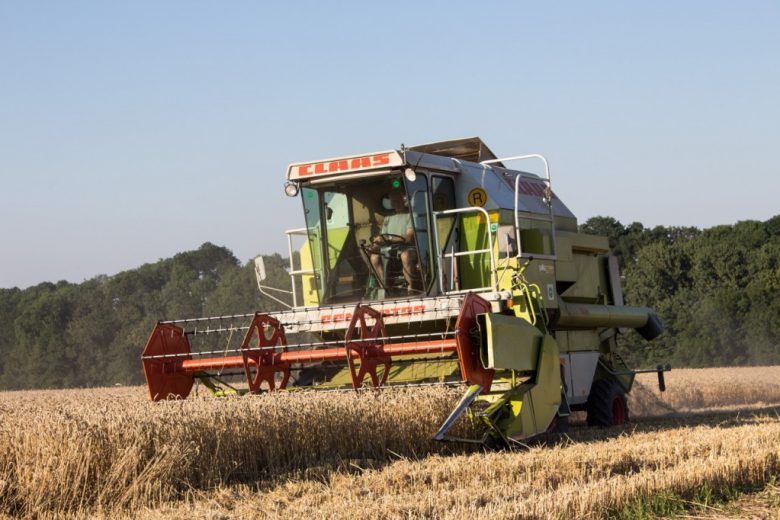 With an extremely dry and mild winter, the grain marketing year began with extremely poor conditions. In addition to the risk of insufficient water supply for the plant, there was also an increased risk of diseases or pests. However, the grain crops were largely spared from failures due to these conditions. The mild winter was followed by a warm, sunny spring with the best conditions for the plant to develop well.

The summer was characterized by persistent rainfall, which, however, did not represent a disadvantage for the current harvest. At the time of harvest, the climatic conditions were perfect, so that the 2014 harvest could largely be brought in without any obstacles.

The humid summer did not result in an increased burden of fungal diseases. The examined grain samples show very good values for mycotoxins. The infestation of parts of wheat by the grain bug is also pleasantly low. Qualitative restrictions, as in the 2013 harvest, are generally not to be feared on a broad scale this year.

The bread grain harvest for 2014 achieved good to very good results both in quality and in quantity.

With a significant decrease in the amount of wet gluten by 3.3% in the overall average (0.5% crude protein less than 2013), the examined wheat batches apparently only achieve mediocre values. The consistently high sedimentation values speak for a good adhesive quality. The swelling number, which also provides a conclusion about the gluten quality, increases even with lower gluten quantities from 22 to 24 for this year’s wheat harvest. Declining dough properties, as after the 2014 harvest, are therefore not to be expected across the board.

The baking volume as an absolute value for assessing wheat flours for bread and baked good production is around 700 ml at a very good level and is comparable to the figures in the previous year.

Unfortunately, the averaged falling number for the current wheat harvest was still in a very high range. In line with the trend of the past few years, an average increase from 313 (2013) to 342  was determined this year. This also means dry baking properties for baked goods this year.

Notes for the production of wheat baked goods:

Immediately after harvesting, wheat flours do not tolerate large amounts of water. With matured flours, however, an increase in the hydration (TA) by 1-2% compared to the previous year is advantageous for the gluten qualities.

To build an optimal gluten matrix, it is advisable to use intensive kneading. If necessary, the kneading has to be intensified compared to the flours of the previous year.

In order to ensure optimal dough development and swelling of the flour components, dough temperatures of 24 – 26 ° C should be aimed for with wheat dough. Warmer doughs encourage better enzymatic development.

By using 1 – 2% fat or oil, slightly more pliable doughs can be achieved. With low-enzyme flours, the crispness of the baked goods and their freshness are positively influenced.

The key figures for the rye flours of the 2014 harvest rose even further from an already high level. However, the regional differences must be taken into account. Rye from the Alpine foothills usually has amylogram values and falling numbers that are well below the average but still have good baking properties.

The characteristics of this year’s rye harvest can be described as follows:

Key figure of the rye harvest:

Notes for the production of rye breads:

In order to achieve a sufficient hydration of the flour particles and to correct for the low enzymes, the dough maturation time should be lengthened.

The amount of leftover bread in dough production should be increased this year. The bread must be finely chopped and soaked well and added to the dough.

A sufficiently long oven spring can be achieved by reducing the baking temperature by approx. 10 ° C. The baking time has to be extended accordingly.

Due to the lower enzyme activity and the high starch, the flours of the new harvest show a lower acidity. An increase in the hydration, temperatures maintained at the optimum and a moderate increase in the amount of starter ensure a balanced sourdough.

Reduces the properties of the dough and the gluten quality

Sugar bubbles on the crust