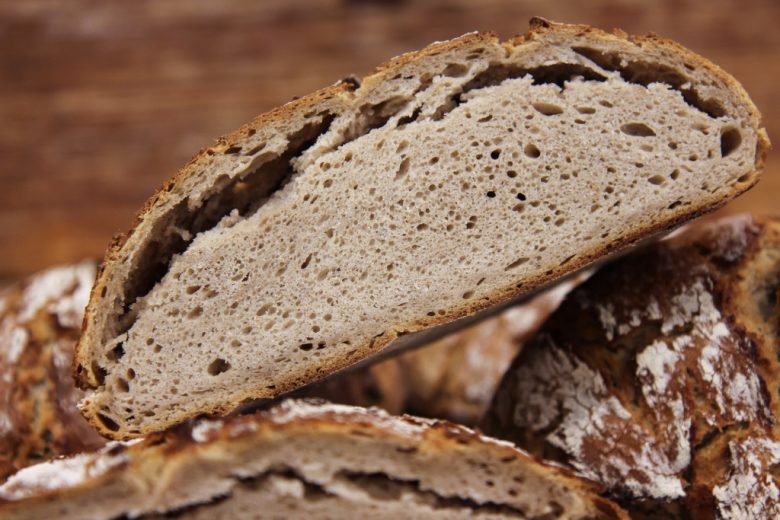 The sourdough used to make rye or mixed rye breads depends on the type of flour, flour mixture and dough weight of the product. The more the rye flour content of a bread increases, the more strongly soured it needs to be.

Depending on the type of sourdough, between 30 and 50% of the rye flour in a mixed rye bread will usually be soured. Using the right amount of sourdough lets the bread relax perfectly, makes it sliceable and aromatic in taste, and gives it a longer shelf life.

Ground rules for souring the dough

Causes and effects of incorrect souring

Souring that is too strong leads too:

Sour that is too weak leads to:

We bakers understand the souring quantity to be the amount of rye flour used in a sourdough. But exactly how much should one use? There is no overarching answer to this question, since the amount of starter, the type of flour, the temperature, the dough hydration and the type of sourdough method determine the necessary amount.

The rule of thumb is:

Every sourdough method has advantages and disadvantages!

One-stage sourdoughs are easy, quick and failproof (provided that the parameters of each respective method are followed exactly!). The disadvantage of this method is the lackluster bread aroma, but for beginning hobby bakers, it’s an absolute must.

(Even in the professional baking scene, I hardly know anyone who uses the foam acid method. This method of making sourdough has to be perfectly timed and executed, since if this sourdough over-ripens, it becomes very difficult to work with (excessive softening of the dough, weak proof and little proofing stability!)).

The less starter or foundation sour you use, the longer it takes for the yeast to multiply!)

Which flour to sour?

Setting aside the method used to make the sourdough, the best aromas develop in dark flours or fine rye meal. However, I personally find such sourdoughs simply too sour, which is why I recommend: a flour mixture!

You won’t find flour mixtures in any instruction book! You can more easily and precisely control sourdough aroma by mixing flours! Whether it’s RG960, RG2500 or fine whole grain flour – whoever mixes flours will be astonished at the aromas that emerge.

With this method, it’s important to make sure the amount of water is adjusted to each respective stage. In addition, I recommend only using a mixture in one stage.

A picture usually says more than a thousand words, which is why I purposefully soured this bread “too weakly”! Here you can quickly see how a sourdough that is not strong enough causes major errors in the crumb!

Additionally, a small “strip of bacon” (see the arrow) is also visible. But where do such “bacon strips” come from?

CORRECT ANSWER: A “baking stone” that is too hot causes the base of the brad to have such so-called bacon strips!