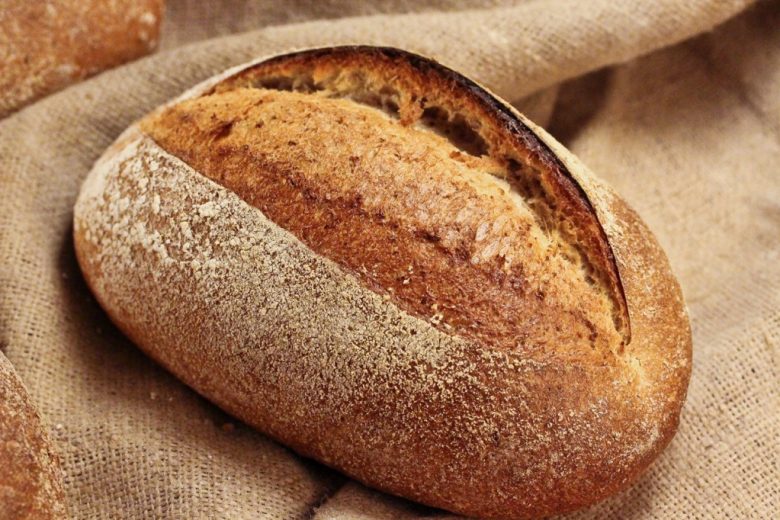 I got this crispy bread recipe from Schelli, who had previously attended a course in Richemont. This course was about “active wheat sourdough”, an active foundation sourdough without the addition of baker’s yeast can only be achieved if it is prepared in several stages. It is only through repeated feeding that the sourdough yeasts develop their full capacity, but it must be taken into account that the temperature should always be constant and not subject to excessive fluctuations. If the foundation sourdough temperature falls below 25 ° C, the development time is delayed and there is a risk of producing more acetic acid. The wheat flours used can have different degrees of grinding, but a higher degree of grinding results in more active development of the sourdough.

I recently posted a bread recipe with the same production method for this sourdough on the blog, so I took the liberty of changing this recipe a little. Since my wheat base is very active, I only fed it once, but added some yeast to the pre-dough – WHY?

For those that want to make this bread without yeast must refresh the starter at least 3 times! I tried to recipe both with and without yeast and both worked. The picture gallery shown below is the result without yeast. Since I couldn’t detect much of a different, I would choose to use the following recipe.

For those that want to bake without yeast, you must once again feed the sourdough:

This process is repeated until the basic sourdough can double its volume in 3-4 hours! Careful: dough temperature: 28-30°C

After the dough has been well kneaded, it is placed in an oiled dough tun. It now rises for a further 90 minutes, covered during which it is folded every 30 minutes. After the prescribed dough maturity, it is divided into 2 equal-sized pieces and shaped into round loaves.

Allow to relax briefly then form into elongated loaves (when forming you should ensure that tension is built into the dough surface- this results in a better oven-spring on the scored side).

The bread is baked at 250°C reduced to 200°C. Place seam-side down and score down the middle with a sharp razor blade- provide plenty of steam and to get a better oven spring the steam should remain in the oven for 15 minutes- only after this is the steam released from the oven.

To get the full flavor of the bread, the baking time should not be less than 55 minutes.