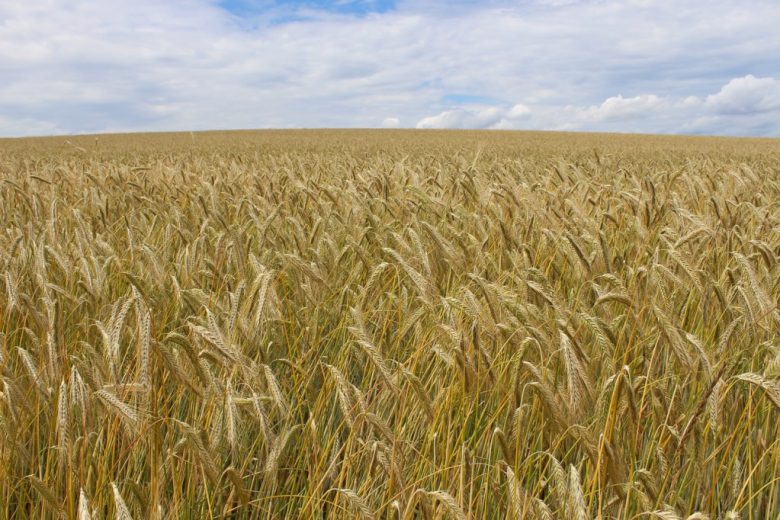 This report will be divided into 3 parts over the coming weeks and will cover grain all the way through to finished flour. The report is divided by:

I would also like to explain the baking properties of the main grain types of wheat, rye, and spelt.

Grains are still the main foodstuff of the world population. Grain is grown on 60% of the world’s arable land. The most important types of grain in terms of quantity are wheat, rice, and maize. More than 600,000 tons of each of these grains is grown worldwide.

The crops grown for bread grains belong to the plant family of sweetgrass. The cereal grains are in the ripened fruit stalks can be further processed into flour. Different types of grain and their qualities influence the processing of baked goods.

Composition of the Grain:

Contents of the cereal grains wheat and rye:

The quality of the grain is determined by the following influences:

Snapshot of the grain types:

Wheat is the most diverse grain type. The genetic makeup of einkorn, emmer, and spelt differentiate the grains. Within these groups there are wild strains, spelt strains, and naked wheat. Only a few types of wheat are important for baking.

Hard- or durum wheat: The most important naked wheat of the emmer strain is hard or durum wheat. The milled versions are mainly used for pasta production.

Seed- or soft wheat: The milled versions are used to make bread and baked good. Around 60 winter wheat and 30 summer wheat varieties are grown in Austria and Germany alone.

Due to the water-soluble and dough-forming proteins (gliadin and glutenin), wheat is the only type of cereal that has the optimal baking properties. The resulting dough is stretchy, elastic, and has good gas retention properties.

Rye thrives in soil where wheat cultivation is no longer conceivable. Originally from Asia Minor, it has now established itself worldwide.

The quantity and quality of gluten-forming proteins is lower than in wheat, while the proportion of mucilage (pentosans) is much higher. That is why the dough structure is not stretchy and elastic as with but, but rather plastic, with a slightly damp surface. Due to the lower gelatinization temperature of the rye starch and in the increased activity of flour enzymes, the doughs require acidification in order to achieve optimal baking results.

In connection with changing diets, spelt has again gained importance. Spelt is related to common wheat and emerged from ancient wheat types like emmer and einkorn. Its husks are firmly fused with the grain. The undemanding grain, spelt is a hardy grain that can be grown in rough mountain regions. Compared to high-yielding varieties, spelt provides relatively small yields and because of its hardiness, is not susceptible to pests and winter can do it no harm.

Spelt has a high moist gluten content. The gluten structure is very elastic, which is why gentle kneading is recommended (prolong swelling). By using scald- or cooked dough additions, good baking results can be achieved with spelt.

Unripe or milk-ripe spelt is also called “green spelt”. The milk-ripe grains, which are still greenish and slightly moist inside, were previously dried using a special process over a beech wood fire. Nowadays the harvest time is precisely adjusted to the ripening of the grain. The green spelt is kiln dried so that it can no longer germinate but becomes millable.

Three types of spelt are of economic importance and are common:

Frankenkorn – a hybrid from old varieties

Oberkulmer Rotkorn – a selection from an old Swiss local variety

The name Triticale is a word combination from triticum (wheat) and secale (rye) and denotes the origin of the type of grain by crossing the cereals wheat and rye. Triticale is grown less as bread brain and more as cattle feed.

When baked into bread, triticale should be acidified. However, triticale breads are not of particular quality! They are usually surpassed in quality by a mixed bread that is made from wheat and rye.

Kamut has a protein content around 20-40% higher than common wheat. Kamut grains are two to three times the size of wheat grains and have a yellowish hue. Because of its high protein content and good binding properties, with its slightly nutty taste, Kamut is well-suited for baked goods. Thanks to its particular baking properties Kamut can be used in place of wheat and rye. Kamut is usually tolerated well and is an alternative for people allergic to wheat.

The gluten structure is very weak which limits the scope of application! A pleasing result can be achieved through gentle dough processing (longer swelling and shorter intensive kneading time) and the acidification of the dough. The yellowish color is caused by the high content of yellow pigment (beta-carotene). The mineral and amino acid content is much higher than that of wheat.

Emmer has a high protein and moist gluten content. Though the gluten structure is very weak which limits the processing tolerance. Gentle swelling and acidification should also be taken into account with this grain.

It is likely to be the oldest grain known to man and come from Central Asia. Barley is characterized by a very specific wealth of minerals: potassium, calcium, magnesium, iron, cobalt and silica.

Barley does not contain enough gluten-forming proteins and can therefore not be baked. Barley must be mixed with other bakeable grains. Barley germinates very quickly, which means that the starch-degrading enzyme activity is high. For baked goods with barley, this must be taken into account during the baking process (intensive browning). Barley is the starting product for making baker’s malt.

From a botanical point of view, buckwheat is not a grain, but actually a knotweed plant and thus a relative of rhubarb and sorrel. Buckwheat does not contain any gluten-forming proteins and can therefore not be baked on its own.

Weakened digestive systems can absorb and use buckwheat readily, so it is a particularly good dietary supplement after serious illness.

Similar to barley, oats are not sufficiently bakeable. Although oats contain gliadin, they do not contain glutenin, which means gluten formation is not possible. Compared to other types of grain, oats are of particularly high quality and are therefore recommended for gastrointestinal diseases. The high fat content can have a negative impact on the storage capacity. In order to prevent oats from going rancid, the oats are subjected to an enzyme activation (heat treatment).

Maize is not bakable on its own and must therefore be combined with other grain types.

Similar to oats, millet also has a high fat content. If the millet grains are not stabilized, a limited shelf life can be expected. Millet has a protein composition that is compatible with celiac disease.

Rice must be mixed with other bakeable grain types.

Amaranth is a foxtail plant and does not belong to the grass family. It is a very resilient plant and can withstand drought, heat and harsh mountain climates. With the addition of 10%, the kneading and fermentation tolerance is reduced.

The addition of quinoa will result in a low volume yield. If the addition exceeds 10%, the kneading and mixing time is reduced. Quinoa is also a goosefoot plant and tastes similar to rice.

The Storage of Cereal Grains:

Modern storage techniques enable value-preserving storage over several years. This balances out good and bad harvests. The commercial mills store large quantities of grain after the harvest. This enables them to achieve lower prices when purchasing and also ensure a consistent quality in their products in the long term.

Before being stored in silos, the grain is usually cleaned in order to remove the dockage and reduce the bacteria content. The water content is reduced to 14% by drying. The storage conditions (temperature, humidity, air atmosphere) are kept constant in the grain silos. The grain is regularly circulated and aerated. The quality of the stored grain is thus maintained over long periods of time.