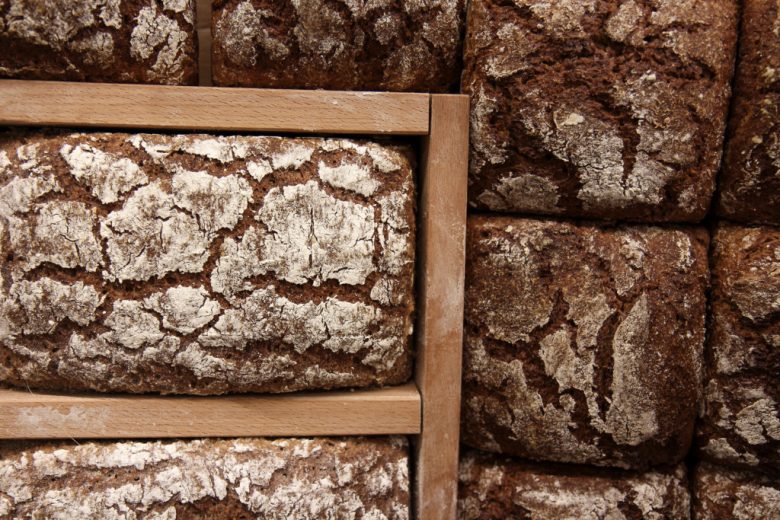 A simple wholemeal bread should taste healthy and hearty, but it can sometimes be a long and hard way to get there! Most of the time I succeed in recipes right away, but this time the whole grain really drove me crazy. Again and again too sour, then again greasy, then extreme cracks in the crumbs and sometimes (if I’m honest – always) tough crumbs the next day.

When seeking good advice, then textbooks normally help but what I found there gave me even bigger and more severe bread mistakes. I have no idea how these wonderful illustrations of the breads in the books came about, but for me the uncertainty was even greater than before (for the first time I was able to empathize with some of the reader’s comments – pure despair!).

Can it really be so difficult to make a sourdough from a simple wholemeal flour, that can then be made into a dough that is still edible after a few days?

“All of the sourdoughs matured at a room temperature of 20°C”.  The stated dough temperature (DT) was measured after mixing.

“The 3rd case brought the best result! Some will now ask what is with the yeast- I simply didn’t want to risk any additional souring during the proof- therefore 0.5% yeast!”

TIP: Butyric acid fermentation can easily develop in soaker and scalds at temperatures around 35°C. These usually spoil the taste of bread in retrospect. This extraneous fermentation can be suppressed by slightly souring the soaker.

Mature soakers and scalds can be preserved by storing them in a cool place at + 5°C by adding a small amount of table salt.

You should use around 20-30% of the amount of flour for a soaker or scald. In the case of ground meal that is rich in enzymes, a soaker should be used instead of a scald. In addition, the proportion should be reduced to 15-20%.

The sourdough matures for 18 hours and should be kept at a temperature of 26°C. It should be monitored that the sourdough doesn’t get too cold on autumn and winter days.

Mix all ingredients slowly for 20 minutes and the cover and leave for 30 minutes.

To ensure that the yeast is evenly distributed, it should be placed in a small well made on the top of the dough. Pour a small sip of water on the yeast – this will dissolve the yeast completely in the following 30 minutes and avoid any bread mistakes.

After a 30 minute break, the dough is mixed slowly for a further 7 minutes.