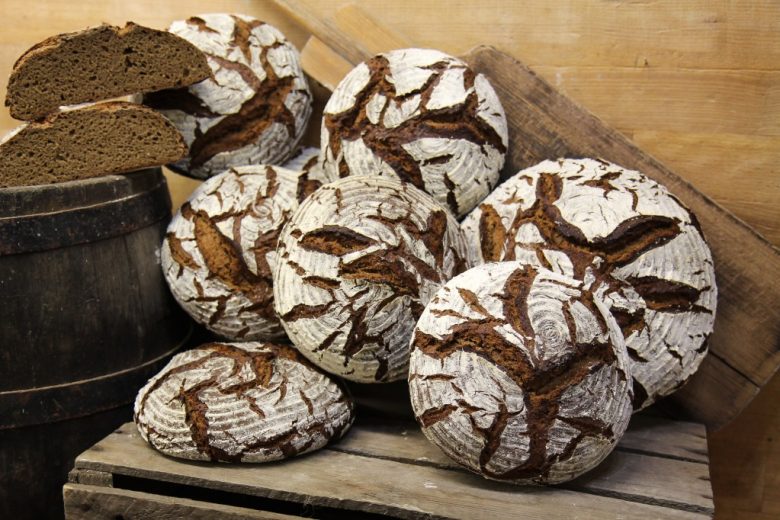 In comparison to wheat flour products, rye flour products have other dough and baking properties due to differences in the composition of the flour.

Flour composition and its effects on dough and baking properties:

The spelt-rye loaf is a mixed rye bread with a moist crumb and a strong crust. The bread tastes pleasantly mild and stays fresh for a long time due to the addition of dark rye. Because the rye is the dominant component here, it is important that you don’t knead the dough too long and too intensely. It’s enough to mix the ingredients slowly for 4-5 minutes.