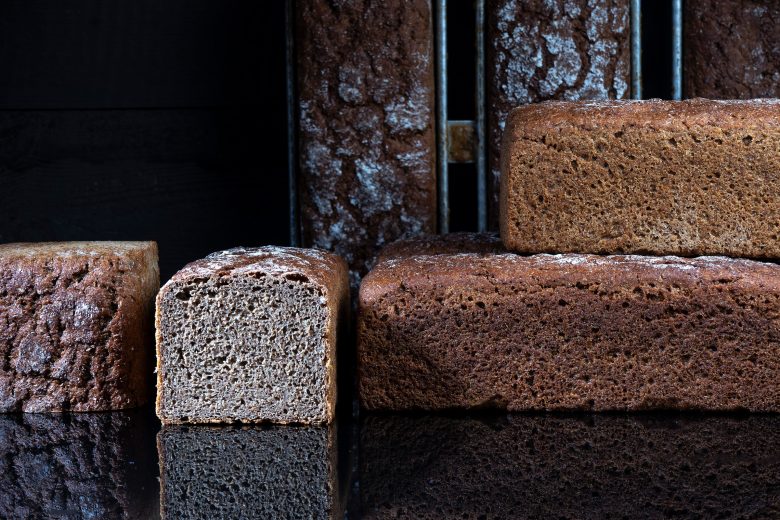 For a long time I believed that a weak dough would be sufficient to aid in a long shelf life, but I was wrong on this point. Soakers and Scalds are an absolute must in preparation of wholemeal and wholegrain breads. The coarser and sharper a meal is ground, the more important it is to supply it with water in a preliminary stage.

In the production of wholemeal and wholegrain breads, a slower water absorption in the husk and bran portions leads to success in making dough. It is therefore important to subject these flours to a pre-treatment!

A scald ensures a cohesive dough, a higher water absorption and hydration of the starch, which all lead to a longer shelf-life.

In order to achieve the best swelling of the scald, I recommend using boiling water. During the subsequent mixing in the kneading machine, the temperature of the scald will be between 50-70°C. The slow kneading that follows enables a better cohesion on the wholegrain meal and for this reason I highly recommend it.

Since the starch is largely gelatinized in the scald, the content of flour used should be maximized up to 60% of the total. If the scald are left to stand for longer than 4 hours, it is necessary to cool it down to 30°C. This can be corrected by the addition of salt which will prevent extraneous fermentation.

Starch complex- by scalding the meal, the flour contents are immediately softened and the hot water can penetrate into the grain better and faster. The starch is broken down and thus forms sugars which lead to better coloration and shelf-life in the bread.

Easily made straight from the water faucet and the most common pre-step used in my apprenticeship! In contrast to the scald process, the soaker is prepared cold. Since the soaking temperature is only 30°C and there is no gelatinization of the starch, a larger portion of the total meal can be soaked.

Scalds and Soakers in comparison

Dissolve the starter in water and mix until lump-free with the rye meal. Target dough temperature 28-30°C / Maturity time 12-14 hours

Mix everything together slowly in the kneading machine for 10-15 minutes! From the slow mixing the meal gets a better cohesion and water absorption. Subsequently let it soak at room temperature.

Mix together 30 minutes before the dough production.