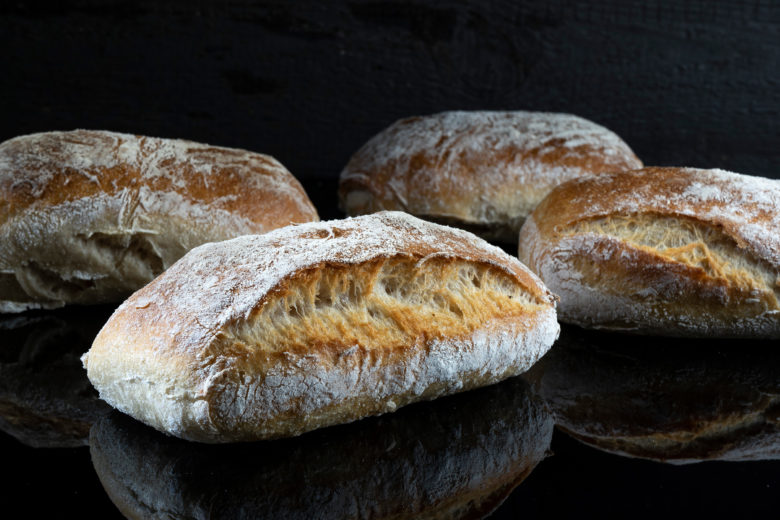 A crispy ciabatta with a soft crumb that stays fresh for a long time. This ciabatta doesn’t derive its taste from sourdough, as usual, rather it comes from an all too often forgotten pre-dough – the BIGA. This firm pre-dough variation comes from Italy and is usually indicated with a hydration of 45-60% (TA of 145-160). The Biga creates a more intense flavor with a delicately chipped and long-lasting crust.

The production is easy, uncomplicated, and very flexible around timing- exactly the ticket for novices in bread baking. A big advantage of this pre-dough is the long time span with which it can be worked. Thus, the Biga can first be left for several hours at room temperature and then stored in the refrigerator until ready to use.

It’s a shame that I neglected the Biga in the last few years.