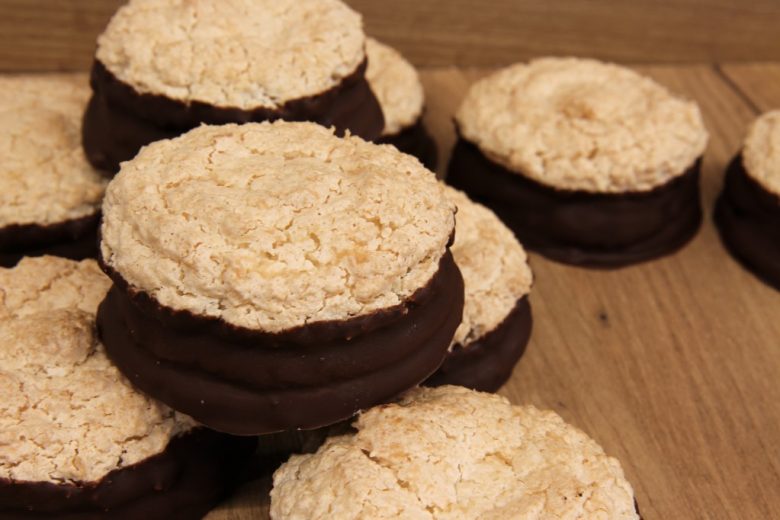 Mix the coconut flakes, sugar, egg whites, and candied orange peel and heat in a double boiled to 65C°.

Heat the egg whites and sugar to 40°C and whip until stiff peaks form.

Beat the butter and melted couverture until foamy. At the same time, heat the whole egg and granulated sugar to 40°C and beat until frothy. Then fold the egg mixture into the butter-chocloate mixture and use a perforated nozzle to pipe it onto the shortcrust pastry bases. Put on the coconut dome and refrigerate to set the chocolate. Finally, the coconut domes are dipped with Rob-Noire and placed on baking paper.