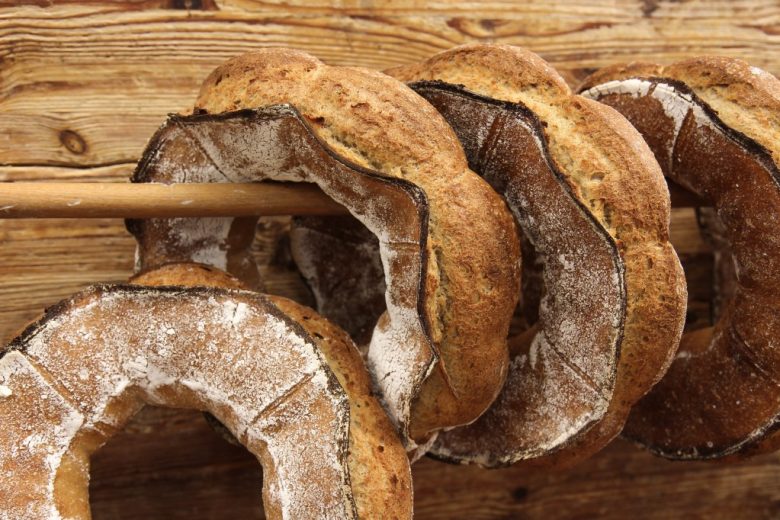 Before I start on the recipes using Ruch flour, I want to include one more buckwheat recipe on the blog. I have already noticed that dough made with buckwheat does not require intensive kneading. In this recipe, the dough is only mixed slowly for 3 minutes following the autolyze. Mixing for any longer or adding a kneading step would destroy the dough structure and only make further work more difficult.

Similar to the previous buckwheat recipe, I wouldn’t give this dough a long cold proof. I find that buckwheat dough doesn’t hold up well over longer timings and simply breaks down too much with that method.

It is better to let the shaped dough proof at room temperature and then to stick in the oven once it has proofed accordingly.

Briefly mix sourdough, water and flour and let sit for 20 minutes to autolyze.

Mix in the salt and yeast and mix slowly for another 3-4 minutes.