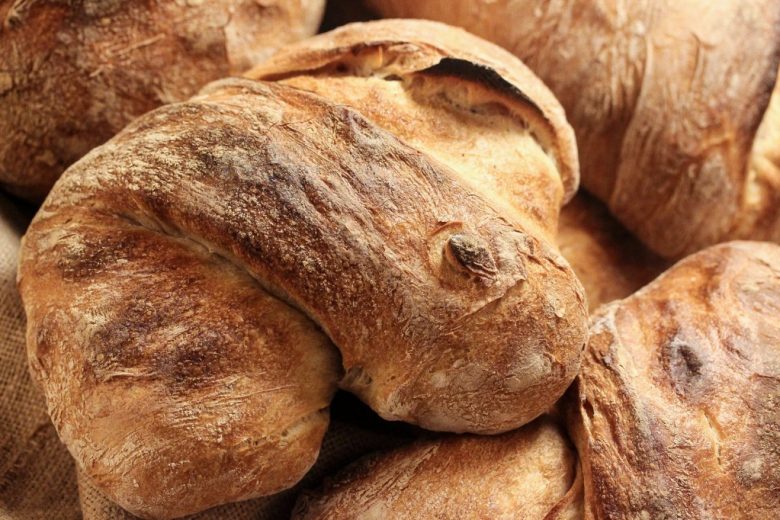 Dough that has been kneaded cannot yet be considered finished. A bulk proof is necessary for further absorption and relaxation. For this, the dough should be either in a bowl or a dough tub. It’s important that the dough be covered during this stage, either with a cloth or plastic wrap, as this prevents the surface from drying out.

In the past, the bulk rise was described as the dough rest, but this term doesn’t reflect what is actually taking place. Though the dough is not being worked in the post-knead phase, the flour components are soaking up moisture and the gluten is relaxing, a crucial step.

Wheat doughs should be stretched and folded once or multiple times during bulk rises of more than one hour. Aerating the dough forces out carbon dioxide that has formed, incorporates air and provides the yeast with new food. It also increases the pores in the crumb and turns large air holes into smaller, more even ones.

Additionally, folding and stretching improves dough strength. It is important not to overextend the optimal bulk rise time, otherwise the dough will become very weak. The death of yeast cells also contributes to this, as they release enzymes that weaken the gluten.

The duration of the bulk rise can vary a lot among wheat breads. It is influenced by dough hydration and temperature, as well as mixing and kneading times. The times provided in the following table should only be taken as “guidelines.”

Wheat bread, baked without a form

Wheat bread, baked in a form

During the bulk rise, tiny gas bubbles form throughout the dough. These are known as pores. The dough expands due to the gas pressure in the pores. The increase in the dough’s exterior surface volume is accompanied by a large increase in its “interior surface.” The gas pressure causes gluten membranes to tear, which in turn causes multiple pores to combine into one large one. The pressure in this spot consequently decreases, while the smaller surrounding pores remain.

Folding the dough during long bulk rises is crucial to avoiding different temperatures and achieving an attractive crumb. If a coarse crumb is desired (ciabatta, baguette), then the dough should only be stretched very carefully. This maintains the dough’s pore structure while releasing carbon dioxide and replenishing nutrients.