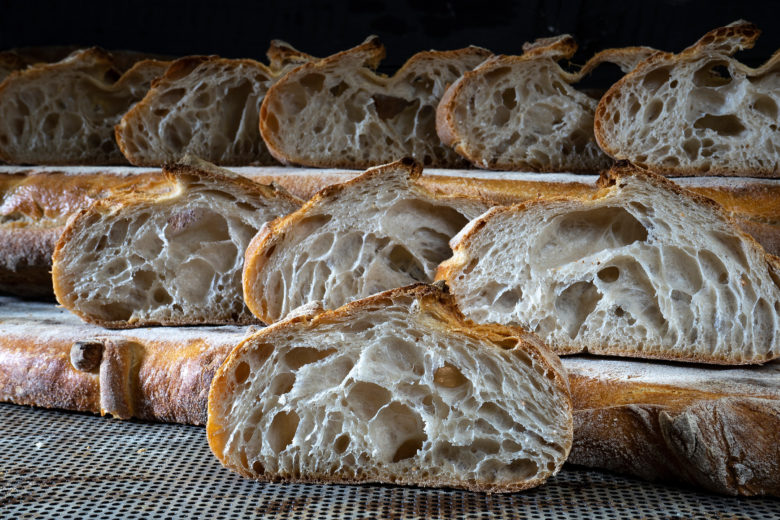 Whenever I create recipes for the blog I am a bit ambivalent and ask myself the question – with or without yeast? Sourdough extremists will always shake their heads and not use any yeast. Of course, you could bake any of the recipes without yeast, but how successful would the baking be and are all readers really ready to bake without yeast?

Some people can remember (not so fondly) their first attempts at baking and still know exactly how much yeast they used for it – it is almost unthinkable to bake such recipes again today. Only when routine and control over the dough production has been improved can one consider reducing the amount of yeast or completely doing without it. Put yourself in the position of a soccer player – his first game isn’t in the Champions League and if it were he’d quickly fall on his face!

Many of you know Schelli, the sourdough guru of the baking scene and he is very open and honest about his first attempts at baking. Many of which were buried in the backyard garden and until he came to eat his own bread himself, his beloved (?) dog got the first sample. Today Manfred understands his craft like no other, but only because he is constantly busy with it at all times of the day!

Only when you have your sourdough, dough production, processing and proofing under control, yeast can be completely dispensed with.

The amount listed here is too small for one production and I therefore recommend making a larger amount! After making it, the rye malt scald could be packaged in small quantities (ice cube trays, …) and then stored in the freezer

You can of course do without the rye malt scald, but adding it leads to better and faster dough development, better crust color and freshness!

CAREFUL: In the event of an overdose, the dough becomes difficult to knead and leads to a sticky and weakened dough structure.

Production: Heat to 65°C and then maintain/stir at constant heat of 65°C for 3 hours. Store in the refrigerator until ready to use (keeps for 4-5 days).

Mix the starter with flour and water for 3 minutes slowly. Then allow to rise until doubled in volume – can vary between 4-6 hours.

ATTETNION: Before placing into the main dough, 170g of starter should be weighed out and stored in the refrigerator as a starter- only 600g of LM is used in the main dough.