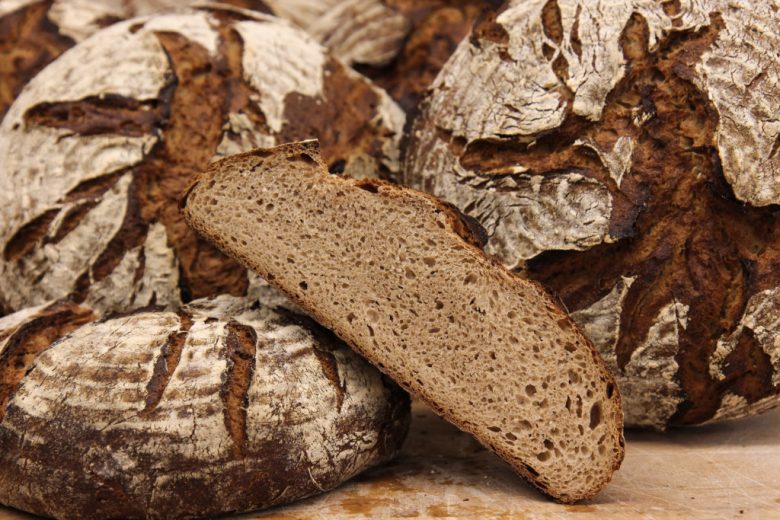 I am not the biggest fan of wholegrain breads but sometimes one is proven wrong. The einkorn crusty bread is a wholegain bread that is made from 100% wholegrain einkorn flour. I was surprised by the extremely long shelf life of the crumb. Even on the third day the bread had a perfect crumb and was just as moist as on the first day.

The recipe is easy to produce and the pre-doughs come together quickly. Both pre-doughs are made at the same time, whereby the sourdough matures at room temperature and the cooked water-roux is stored overnight in the refrigerator at 4°C. To even further improve the shelf-life and crumb elasticity, you can add a small amount of psyllium seed husk to the main dough.

In addition, the dough can slowly mature overnight at 4 ° C once formed. This processing method gives the einkorn flour even more time to swell and it can bring out its intense taste even better.

Stir together all the ingredients and heat until a pudding-like consistency is formed. After cooking, fill into a small container, cover and store in the refrigerator until ready to use (remove the water-roux from the refrigerator 2 hours before preparing the main dough and allow it to acclimatize at room temperature).