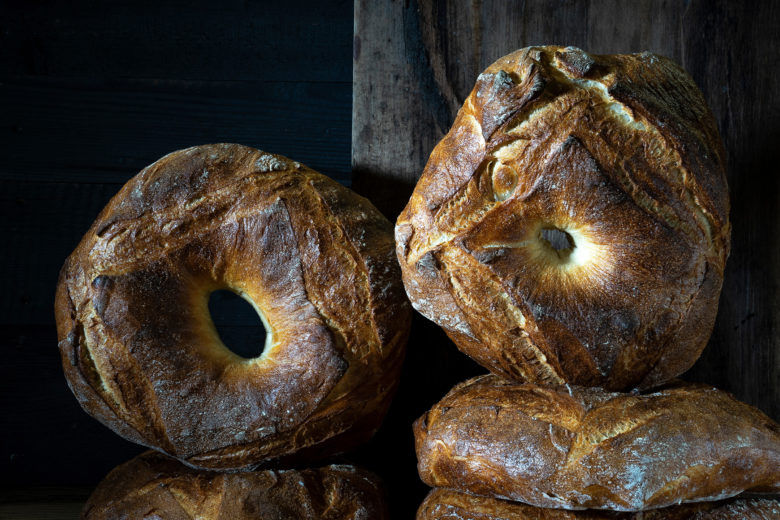 Another recipe from the semolina corner that also happens to be easy to make and turns out great! For me, the recipe was more of an attempt with a high dose of a madre. With exactly 50% of the amount of flour, this bread has an extremely high and extraordinary amount added, but what exactly was my aim in this experiment?

The Lievito Madre was fed in two steps with the same amount of flour. The difference between the two was the maturity time for each step- in the first step it was 6 hours and it was 3 hour for the second.

After 3 hours (step 2) the madre had “not yet” reached its full maturity and that’s precisely what I wanted by kneading it into the main dough while it was still somewhat immature. The basic idea of this experiment was actually a further refreshment only with salt, a little malt and a higher hydration!

I was amazed by how strong the main dough developed with this method. The bread also convinced me in terms of taste, which conjured up pure flavors with a deeply browned crust and even with a reduced amount of salt.

Dissolve the starter in water and mix with the flour until free of lumps. Then allow it to rise for 6- hours until it has doubled in volume.

Before the second refreshment takes place, weigh out 125g of starter and place in the refrigerator to use again. Then feed the remaining madre with water and flour.

Then this stage rises until it has increaded in volume by 75%- about 3 hours. Depending on the condition of your starter this time could be longer or shorter!!

CAREFUL: This procedure is only possible if the dough has been perfectly kneaded – so it has enough stability to keep its gas holding capacity inside and not get flat!