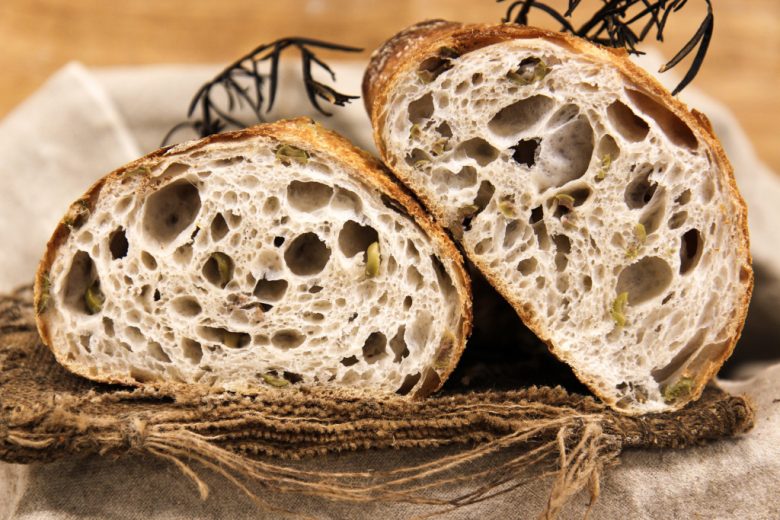 Spelt has been the main focus for the past few weeks, but now it’s time to start the grilling season. It starts with a wonderfully light, airy and at the same time aromatic “pane con olive”.

The effort may seem a bit much to some, but the combination of poolish, stiff and liquid wheat sourdough was the best choice for me. The addition of olives and fresh rosemary make it even better.

Mix all ingredients until combined and allow it to mature for 12 hours at room temperature.

Mix all ingredients until combined and allow it to mature for 12 hours are room temperature.

Mix all ingredients and allow to autolyze for 30-45 minutes.