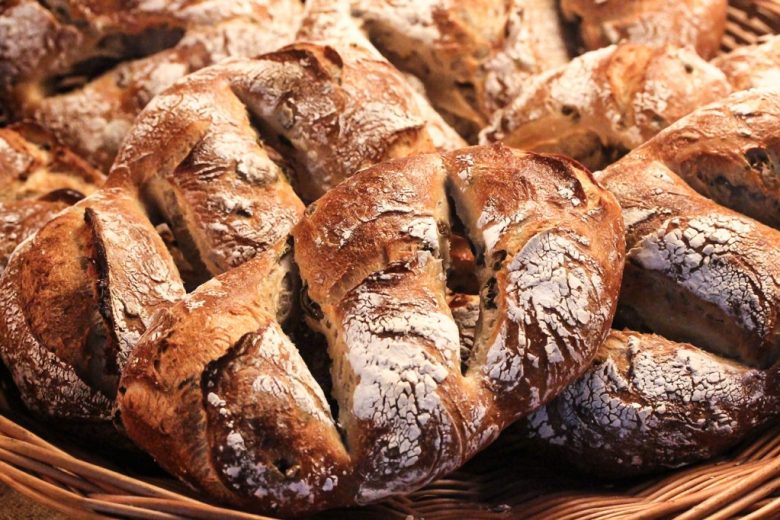 Since the barbecue season has long since begun and I’ve been putting this recipe off for ages, it finally happened last weekend. The tender crumb, the taste of the olive and the crispy crust make grilling a culinary delight.

The simple production makes baking easy and puts a smile on the face of every amatuer baker that seems to say: “Baking can be so easy”!

Stir together the rye poolish, flour, and water until lump-free and let stand for 30 minutes.

Store the dough in a lightly oiled dough tub and fold after 20/40 minutes.

After the dough rises it is divided into equal-sized pieces and formed into cylinders- see the Video demonstration here >  (form them a bit looser than shown in the video!!)

The pre-shaped dough pieces are stored in the refrigerator at 4°C until ready to work up. The maturation time should be at least 6 hours, but not more than 15 hours!

After forming the fougasse, place it on a floured baking peel and after a brief rest (10-15 minutes) slide it into the oven with strong steam.

Bake until well browned at constant heat (release the steam after half of the baking time).