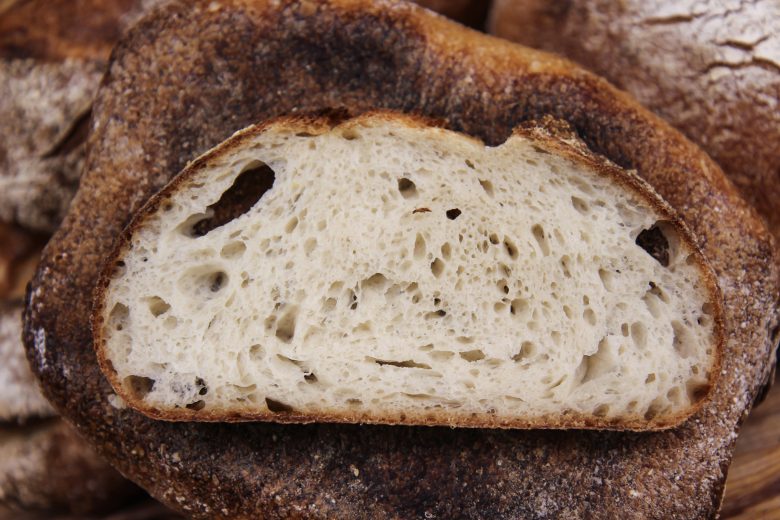 For a few months now, various ancient grain flours have been in storage that are just waiting to find a place in some baking experiments. Usually the recipe is adapted to the type of flour, but how different are kamut, einkorn and emmer in sourdough production? It quickly became clear that a sourdough test series of these flours had to be carried out with the same amount of starter, hydration (TA) and maturation time.

Kamut, whole grain emmer, and whole grain einkorn would be mixed with a starter content of 4% and a hydration (TA) of 200. These sourdough had reached their full maturity after just 10 hours! Was it really the grain variety or just the wholegrain content that brought about the fast maturation?

From a purely visual point of view, sourdough made from emmer & einkorn was very different from kamut! Emmer and einkorn showed strong bubbles on the surface, whereas the kamut sourdough seemed almost lifeless and only increased in volume (similar to a rye foundation sour!).

Since the 10 hours of maturing time messed up my entire schedule, the sourdough was then put in the refrigerator at 4°C. In terms of time, it was another 9 hours until these sourdoughs were used for the main dough.

Since the entire schedule was amiss, one begins to toy with the idea of tossing the whole test-series lot into the compost!

The reason why is easily explained: I thought the sourdough would have taken on too much acid and of course this would damage the whole gluten structure during the dough processing (not to mention it would taste bad!) Hey guys- something is wrong here – grins! The sourdoughs smelled a bit strong but they kept their volume during the total cooling phase and that is precisely the point.

Remember: Overripe sourdoughs are more difficult to knead (rye sourdoughs are easier to care for here, because these doughs do not have to be kneaded), have poor dough stability, and mature more slowly.

It starts with the kamut sourdough!

Allow to mature for 10 hours at room temperature and then store in the refrigerator at 4°C until ready to use.

Mix all ingredients and let stand for 30 minutes to autolyze

Add the salt and yeast and slowly mix for 9-10 minutes. Then knead quickly for 1-2 minute. Target dough temperature after kneading 25-27°C.