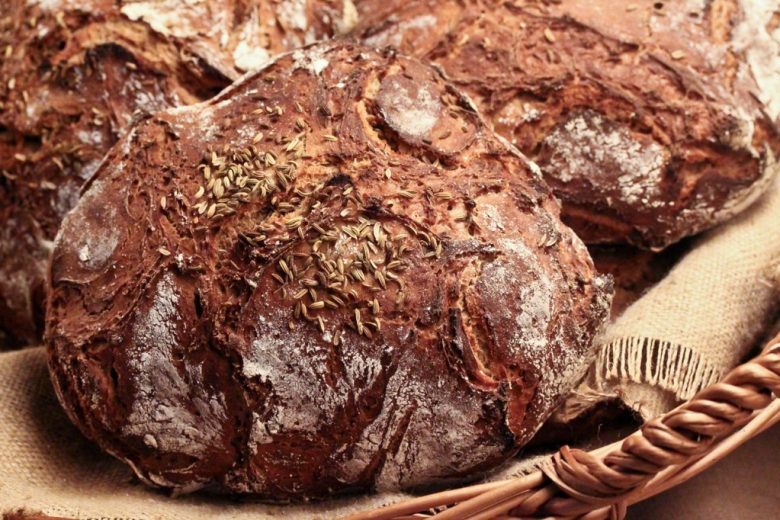 The “scooped out” production method is well liked by beginners. The simple method of shaping, the easy identification of the optimal proof and also the simple steaming require a little less skill and nevertheless you will be rewarded with a very unique bread specialty in the end.

The length of the dough rise depends on the following factors:

Rye and mixed rye breads mature very quickly, because the yeast and enzymes are very happy  at 27-29°C. I would therefore limit the maturity of the dough to 50-60 minutes.

If the required sourdough temperature of 35°C is not maintained, the maturity time increases by 15 minutes for every °C!

Mix at the same time as the sourdough.

Mix at the same time as the sourdough.

After kneading, let the dough mature in one piece. The dough should have reached a good maturity at the end so that the dough pieces can be slid into the oven after they have been scooped out (cut off) without further proofing.

I recommend turning out the dough in one piece onto the floured worktop after 30 minutes and letting it rise for another 30 minutes covered (due to the small amount of dough, it is not recommended to cut off 3 pieces of dough out of the mixing bowl).

Subsequently, the dough is divided into 3 equal pieces with a dough card and simply pressed into round loaves with floured hands. If desired, the surface can be sprinkled with spices, but the surface should be slightly moistened beforehand.

Set the floured loaves on the bread peel and already after 10 minutes slide them into the preheated oven.

Initially bake the bread at 250°C, and add the steam only after the first minute of baking (release the steam again after 5 minutes). Turn down the oven to 200°C after 10 minutes and bake until well browned.