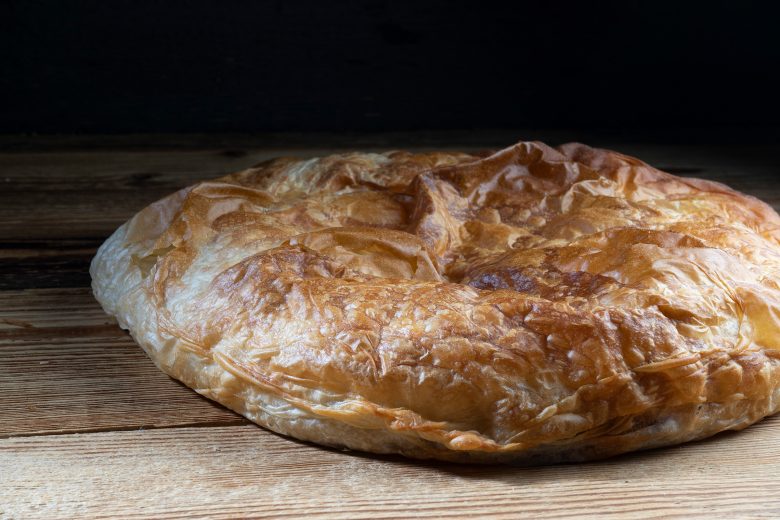 For a round version, the same dough amount should be made (see here). A sweet burek is made from two dough pieces with a dough size of 190g.

To make it, stretch out a thin piece of dough, fill it and fold it as shown on the video. Then pull out a second piece of dough thinly and place the first filled piece on top. Then apply the filling one more time and fold it up.

Bake the sweet burek at 240°C until golden brown. To cool, the burek is turned on the pan. From the steam on the backside the burek gets a more even surface which makes it easier to cut.

Dry mix the raw sugar, salt, and pectin. Then boil the sugar mixture with the mixed berries for at least 3 minutes.

Video instructions for the production of sweet burek