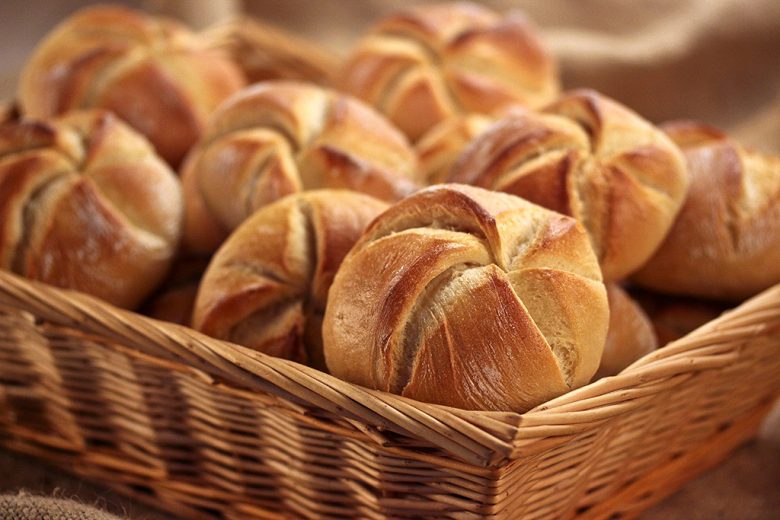 Since one of my last posts featured hand rolls and I strongly encourage baking them, I am now determined to make spelt rolls. A short while ago I really avoided spelt, but I have really morphed into a spelt fan!

Although spelt rolls are a bit smaller in volume, when baked correctly they are even greater in taste.

In order to maintain the moisture and shelf life, this recipe gets a scald inclusion. The scald, with a TA of 171 is prepared the day before and stored in the refrigerator overnight. If prepared in advance, the scald is good for up to a week.

The following mistakes happen again and again when making scalds:

These mistakes lead to the following bake results:

The water used for the scald must be brought to the boiling point, because this is the only way to ensure that the starch gelatinization and the pre-swelling of the gluten take place completely.

The water is brought to a boil, and immediately poured onto the “pre-weighed” flour in a mixing bowl. These two ingredients are briefly kneaded into a dough. Now cover and store the dough in the refrigerator.

Attention: I made 3-times time amount of scald in order to make it easier to work. In addition, the scald can be kept for up to a week!

First knead all ingredients for 6 minutes at a slow speed (be careful! The dough appears too firm at the beginning, but decreases as the kneading time continues). Then the dough is kneaded quickly for 2-3 minutes. But you should watch the dough carefully, because when the surface of the dough begins to shine, you are already close to over-kneading!

Now the dough is divided into 13 equal sized pieces and rolled into round dough balls.  Cover and let rest for about 15-20 minutes.

To get a good shape I place the formed rolls on a baking pan with the star-side up. Poor shaping is often the result of handling the dough too much before it goes into the oven! Therefore, I use a very loose grip from the beginning.

In order to achieve a strong oven spring, the spelt rolls should be placed in the oven at ⅔ proof. To get a nice rustic look on the tops I DID NOT spray with water before baking!