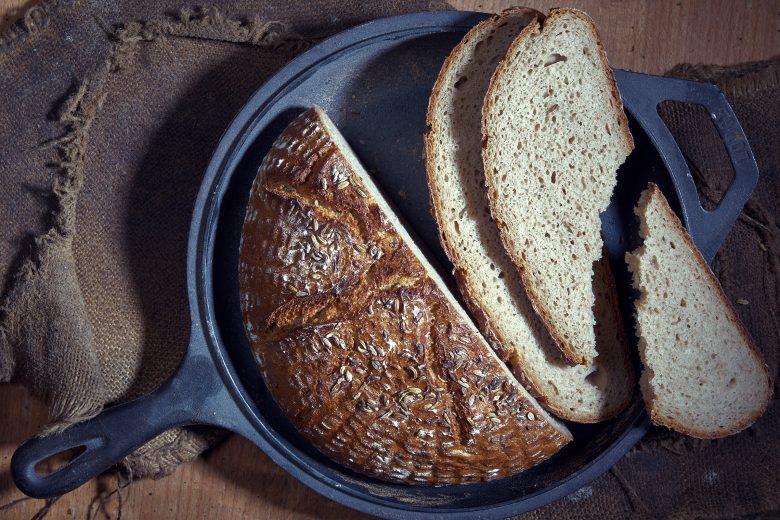 The new rye harvest of 2019 probably drew more notice from professional bakers than hobby bakers. Rye bread characteristics that stood out were:

These problems usually gradually slip into the bakery, again and again (at least they do for me), and eventually mutate into a giant disaster. (Schelli likes to say: “My friend, you’ve been generously peed upon again!”) When it generously pees upon someone like me, this leads to sleepless nights–and to be honest, it was a few weeks.

When the falling number, Amylograph viscosity curve, and gelatinization temperature all continue to rise, it is no longer enough to experiment with the sourdough. In this case, various measures have to be taken in the creation of the sourdough, the dough working process and the baking phase.

The advantage of multistage sourdoughs is that you can more precisely control and steer the level of acidity. This allows you to add more acidity to a mild sourdough, which in turn leads to better preservation of freshness.

It’s up to you to choose whether to add ground psyllium seed husk, a scald, old bread or fat, but these measures help make the bread stay fresh longer.

Dissolve the start in the water and mix it with the rye flour until no lumps are left. Desired temperature 28-30°C / maturation time 3 hours.

Dissolve the refreshed sour starter in the water and then mix it with the rye flour until no lumps are left. Desired dough temperature 24-25°C / maturation time 8-10 hours.

Dissolve the mature foundation sour starter in water and mix it with the rye flour until no lumps are left. Desired dough temperature 30-32 °C / maturation time 3 hours.

Puree the soft old bread and the water with a hand mixer, eventually mixing in the dried old bread.

Baking in a pot: Preheat the pot in the oven at  250°C. When the shaped dough has fully proofed, slip it into the pot, place the lid securely on top and place the pot in the oven. After 8 minutes, quickly lift the lid. If the desired cracks have formed on the crust, you can remove the lid. After removing the lid, lower the oven temperature to 195°C and bake until done.