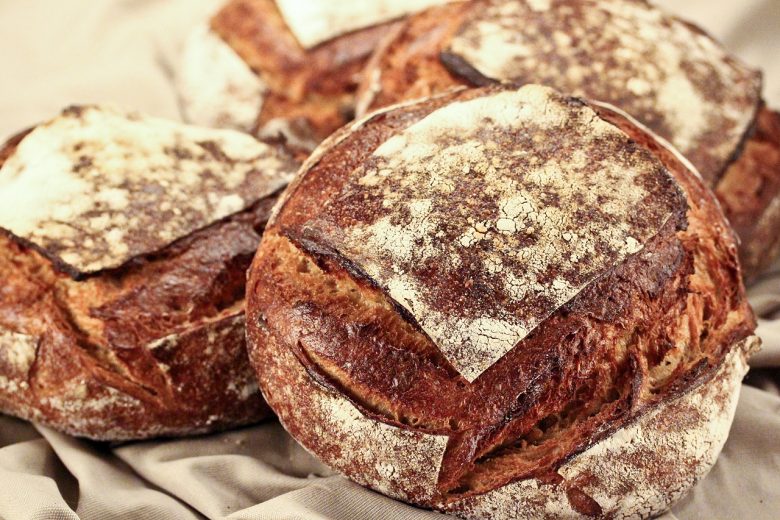 This summer was especially nice for me since I got to spend a week in France baking with Schelli. I was amazed by the tastes, not to mention the differences in the sourdough and mixed-dough breads. In addition to the countless baguette recipes, I have a special place in my memory of another bread: the “Tourte de Meule”. This bread has an open crumb and a strong, roasted taste due to the dark browning. The taste of the bread is robust and carries a light hint of acidity. When toasted it takes on a completely new character. In my recipe I use a variation with a stiff sourdough (TA 150), because I prefer the lighter sour taste.

Stir until lump-free and let it stand for 3-4 hours at room temperature and then leave in the refrigerator for 15 hours at 5°C.

Mix and allow to autolyze for at least 45 minutes

Knead on slow speed for 8 minutes.

The dough temperature should be 22-25°C! Subsequently let the dough rest covered for 3 hours and fold after each hour.

After the dough is rested, divide in two halves and form into round loaves. With the seam side up, place in a proofing basket.

After forming let the dough rise a bit and then let it mature slowly at 5°C for 10-15 hours.

Turn the loaves out onto a flour bread peel and use a razor blade to cut a square on the top.