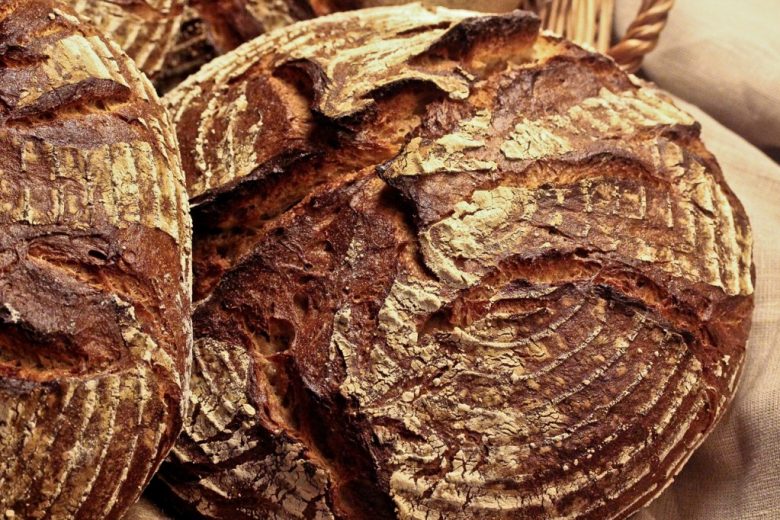 Recently I have noticed that many readers have problems recognizing when wheat dough is fully kneaded. Reason enough to take a closer look at the mixing and kneading process. In addition to the raw ingredients used, the quality of the bread is decisively influenced in the kneading process. The processes involved in the formation of the dough are of great importance. It is divided into a mixing and kneading phase.

This is important to ensure the optimal dissolution and hydration of the flour particles with the liquid. The dough heats up very little and the end of the mixing phase is reached when the dough mass has developed into a homogenous dough.

The intensive working of the dough accelerates the dough-forming process. The swollen strands of gluten gradually form a thin adhesive film. When the dough is formed, the water absorption is significantly influenced by the flour components and bound as follows:

The dough development time is just as dependent on the temperature of the bulk liquid. The lower the temperature, the longer the mixing phase, because the water-insoluble proteins delay the water-binding capacity.

WIth very soft wheat doughs (Hydration[TA] 180-190) it can take more than 12 minutes to knead the dough! Since the kneading tool has less resistance, the gluten framework develops significantly more slowly. Long kneading times are possible due to the slow heating of the dough. In order to guarantee optimal dough development with soft dough, it is advisable not to add all of the bulk liquid from the beginning, but rather gradually. Delayed addition of salt also has a positive effect on the development of gluten.

Since the dough condition is determinant of the further workability and the proofing qualities of the dough, the kneading machine should not be let out of your sight during the kneading phase

When using sourdough and other pre-doughs the kneading time must be adjusted. The breakdown of the gluten in the pre-dough stages must be compensated for in the mix- and kneading phases – the dough weakens quickly!