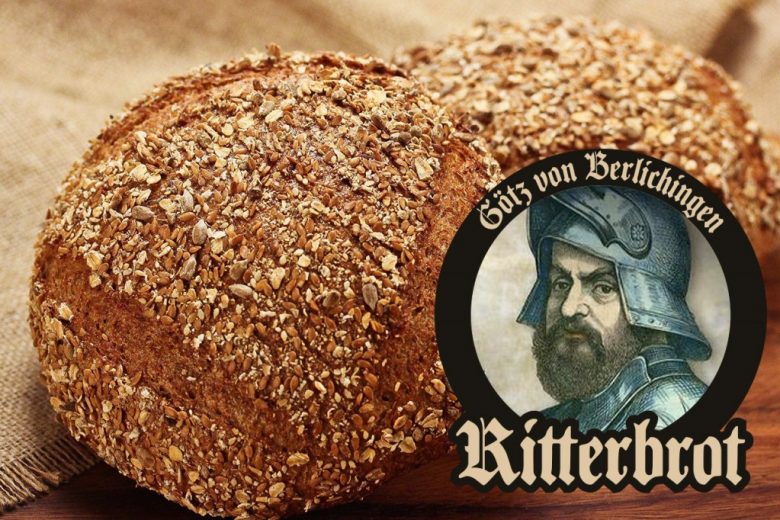 A few days ago Karin Anderson asked if I wanted to participate in her blog event “Ein Brot für Götz von Berlichingen“(eng. A Bread for Götz von Berlichingen). The reason for the event was an unfortunate breakfast on her last trip to Germany. Unfortunately, there is rather a lack of quality breakfast pastries (bread) in that cuisine so I liked the idea of creating a bread for Götz.

Since I’ve been writing about wholegrain breads in my latest entries, I wanted to make one for the Robin Hood of the Knights (it fits well to the time period). On my first try the crumb was too dry, thus for my second try attempted to improve the crumb with the addition of yogurt.

For 2 Loaves of whole grain bread, each 590g

Mix all ingredients for 7 minutes on slow.

After the dough is kneaded it is left to rest for 40 minutes and folded once during this time. Then the dough is divided into two equal-sized pieces, and formed into round loaves- see Video.

The round loaves are left to rest for 5 minutes, then sprayed with water and then rolled in a mix of sesame, oatmeal, sunflower seeds, and coarse cracked grain. The decorative seed mix can be made to your taste.

Bake with plenty of steam and only release after 7-8 minutes.

Reduce the oven to 200°C and bake until well browned. The total baking time should be 45-50 minutes.