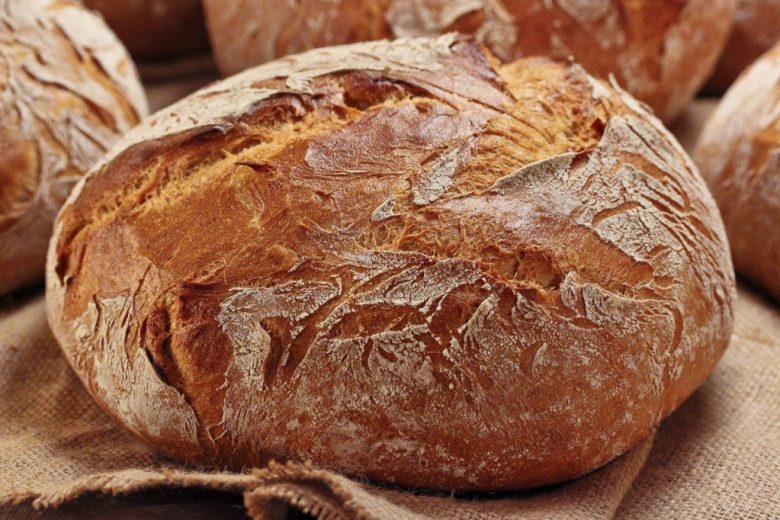 Rosenstuten are mixed wheat breads that are made with a mix of wheat and rye flours (85% wheat: 15% rye). Since mixed wheat breads are usually eaten fresh, unfortunately too little attention is paid to their shelf life. Sourdough and pre-dough therefore have a beneficial effect on the fresh keeping and bread aroma.

It is not uncommon for the proportion of sourdough in these breads to be higher in relation to the total amount of rye flour than for mixed rye and whole rye breads. The proportion of rye in light mixed wheat breads is often 100% soured in order to obtain a more intense flavor.

The choice of wheat pre-dough is for each to decide and can be selected based on your own tastes (Poolish, Biga, Pate Fêrmentêe,..). It should be noted that the bulk water amount and wheat flour content are adjusted with the main dough accordingly.

The addition of leftover bread (breadcrumbs) also has the effect of increasing the hydration level (TA) due to the broken down starch it contains. A bread soaker is recommended here.

After mixing the ingredients, the pre-dough should rise for 2 hours at room temperature. Then it is stored in the refrigerator at 4°C.

Mix the ingredients on slow for 7 minutes and knead a further 4 minutes on fast (the dough must have completely released from the side of the mixing bowl). The dough should have a temperature between 26-28°C after kneading. Now the dough rises for 45 minutes, covered in the mixing bowl.

After the prescribed dough rise, it is divided into two equal-sized pieces and formed. into round loaves. With the seam-side down, the loaves should rise until they ⅔ proofed (about 40 minutes). Turn the loaves over onto a floured baking peel and once fully proofed, shuffle them into the oven with strong steam.

The loaves are baked at 250°C reduced to 200°C. To build the crust the steam is released after about 30 minutes. The total baking time should take at least 45 minutes.