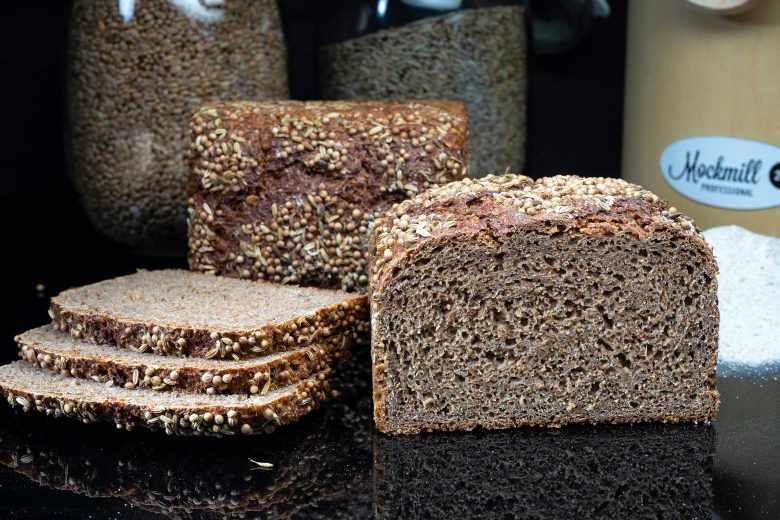 Spent beer grains can also be combined with wholegrain bread! Since I don’t live very near to a source of fresh spent grains, I dried some the last time I got them. Dried and saved in airtight packaging, spent grains are a great addition to bread baking and are also great for extending the shelf-life of the bread.

Drying should be done in an oven set to a low temperature! Drying the spent grains at room temperature leads quickly to unpleasant flavors and smells.

In order to use the dried spent grains again, they need to be hydrated. Whether in a soak, scald, or a boiled soak is up to you, but salt should be added if they are left to stand for a longer time. This prevents unwanted extraneous fermentation which could have a strong impact on the taste.

Dissolve the starter in water then mix in the whole grain rye flour until lump-free. Then allow to mature for 12-14 hours at room temperature.

Pour boiling water over the grains, meal, and flakes and hen mix for 5 minutes on slow in the kneading machine. Then allow to soak for 3-4 hours at room temperature. In the case that the scald will stand for longer at room temperature, salt (from the main dough amount) should be added.

If you would like to bake your bread with yeast, you should extend the dough maturity to 45 minutes!