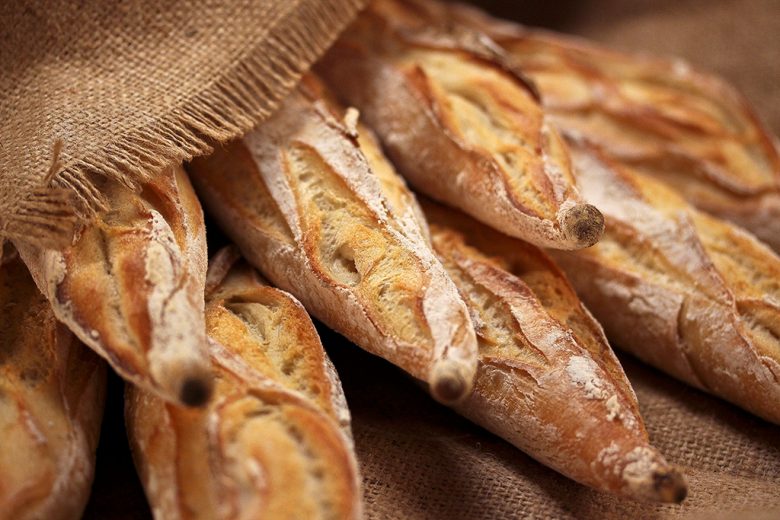 In order to expand the range of spelt options, I still needed a recipe with spelt sourdough. When choosing my recipe, I landed on a baguette. Making baguettes from spelt flour differs from wheat baguettes in a few ways.

In forming the dough, the TA is 170 which is about 10 counts less than with a similar wheat baguette. This is because it is hard to form a spelt baguette with a higher hydration.

In my opinion, the dough maturity is sufficient at 90 minutes. The dough is folded twice to stabilize the gluten. As with wheat baguettes, the dough should be handled gently.

The sourdough made with spelt flour should be mixed with a TA of 200 and ripened over a period of 16 hours at 28-30°C. Watch out that the temperature doesn’t fall too much. If this occurs the spelt sourdough will only have mild taste with minimal acid. Despite the mild taste of the sourdough the final sourdough content should not be higher than 5-10% to maintain the overall flavor.

In order to optimize the moisture and flavor of the baguettes a scald addition is used with a TA of 400. The scald has little to do with the dough structure, rather it multiplies the shelf life.

Heat the water to the boiling point, remove from the stove and stir in the spelt flour. Stirred until lump-free, the scald is stored in the refrigerator. Lasts up to a week!

Mix all ingredients on slow speed for 7 minutes and only 1 minute on fast speed. Subsequently the dough should rise for 90 minutes and is folded 2x (every 30 minutes).

After the prescribed rise, the dough is divided into 11 equal sized pieces. The severed dough pieces are pressed slightly flat and rolled into cylinders, then placed aside to relax for 20 minutes.

The relaxed dough forms are now rolled into pointed baguettes, and then placed on a floured towel with the seam side down.

Once half proved the baguettes are turned and scored on the top with a razor blade and then baked at 250°C with steam until crusty (release the steam from the oven after 15 minutes).