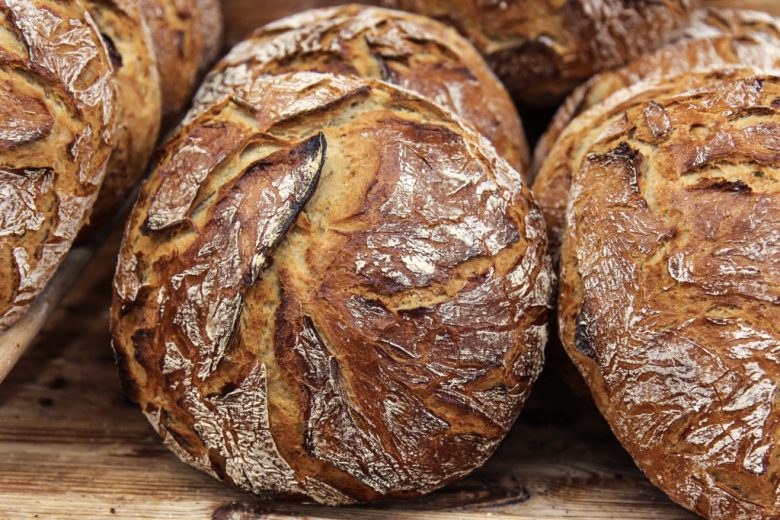 You can more easily steer aroma and activity level in breads made from two different sourdoughs. As in the last recipes, the foundation sour is used here solely for aromatic purposes!

The foundation sour makes up around 10%, but if you want a stronger flavor, it can be upped to 15%. I chose a dough hydration (TA) of 170 because making low TA doughs proved problematic for many readers. Slightly increasing the amount of water used in the foundation sour barely affects the aroma.

The mild wheat sour with TA 200 makes up around 25%, therefore eliminating the need for baker’s yeast. In this case, the wheat sour can be swapped out for the stiffer Lievito Madre (simply mix the LM’s reduced water amount into the main dough).

In my bread courses, I have repeatedly noticed how there’s a complete misunderstanding when it comes to releasing the steam! Many people think it’s enough to quickly open the oven door for 10-20 seconds in order to let the steam out!

“It takes at least 3-4 minutes to completely release the steam from the oven“: That’s how long the oven door must remain cracked open.

The drop in baking temperature is inconsequential here, since the preheated baking stone retains the heat. What’s important is ensuring the crust completely dries out to avoid undesired crust cracks from forming later.