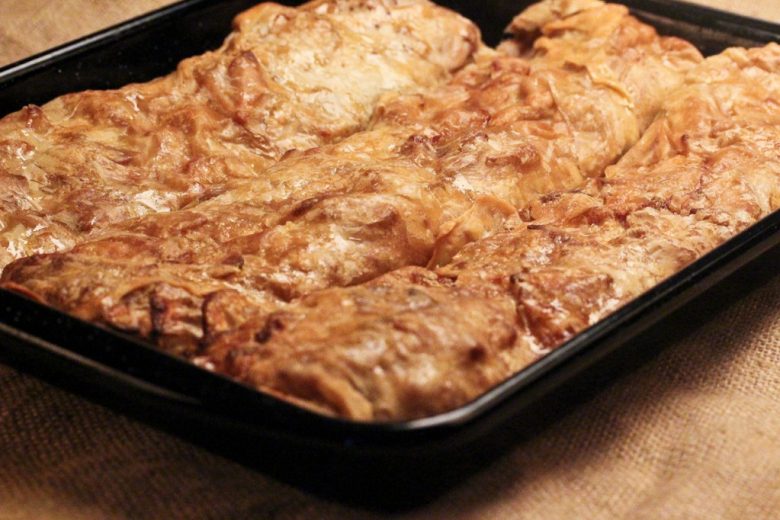 Typical for strudel dough is an easy production. With the addition of oil and an intensive kneading allows the dough to be stretched out very thin.When you think about Viennese pastries, Viennese apple strudel always comes to mind. This pastry is one of the so-called “stretched” strudels, which means that the dough is stretched extremely thin by carefully pulling it with floured hands and then filled with different fillings.

For 1 sheet of strudel dough

Knead a semi-soft dough out of the ingredients (5 minutes slowly and 3-4 minutes quickly). After kneading, portion the dough into 3 equal pieces, work into rounds and coat the surface with oil.

Cover the dough pieces and place in the refrigerator for at least 60 minutes to rest and until ready to use.

After resting, the dough is rolled out on a floured cloth and then pulled out as thin as possible. When stretching it out, you reach under the dough with the back of your floured hand, always pulling carefully from the middle of the dough towards the edge of the table until the dough has become paper-thin (cut away thick edges of the dough).

Divide the apples, cake crumbs, cinnamon and whipped cream with sugar on 2/3 of the strudel dough. Now the cloth is rolled up from the covered strudel side to the uncovered dough side and placed on a lightly oiled baking sheet with the dough seam facing down.