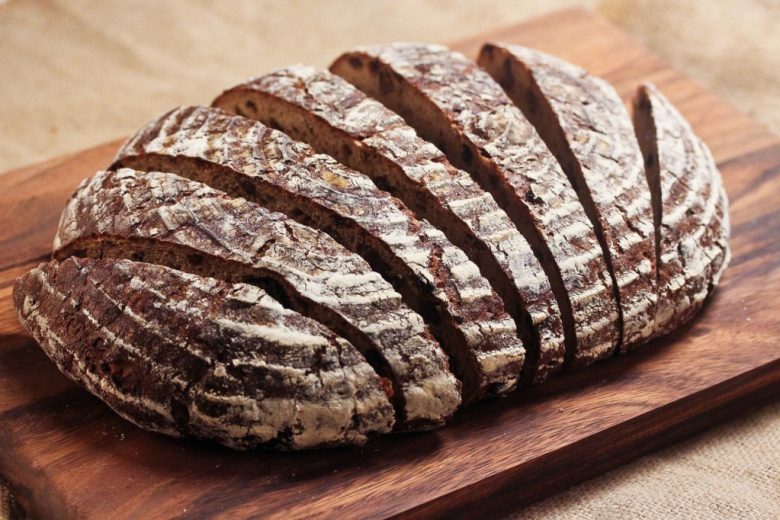 This dried pear bread (Kletzenbrot) is a tender, dark-brown, sweetly spiced bread that can be made in rolls, loaves, or in a pan. Traditionally, dried fruits such as kletzen (dried pears) and plums and spices are added to the bread dough, whereby the fruit component outweighs the flour component. Kletzenbrot is a traditional bake of the Christmas season. In addition to Austria, it is also widespread in the Bavarian and Swabian regions.

The custom of drying pears and then using them for a wide variety of dishes has a very long tradition. In autumn, pears, apples and plums were cut into slices or rings, strung on strings and hung in dry rooms. Larger residences had their own “drying huts”, which stood away from the house among the fruit trees. In the “drying hut” there was a small clay oven in which the fruit was dried.

In many cases, however, the fruits were also dried in the sun or simply dried with the residual heat of the oven and stored for the winter.

Kletzenbrot was once a simple rye bread, in which dried fruits like kletzen (dried pears), hutzeln (finer dried pears) and plums were baked. Only much later were other dried fruits such as figs and raisins added due to the growing prosperity and the import of tropical fruits. The sweetness of the kletzenbrot only came from the addition of the sweet fruit. Neither sugar nor honey was added. In times when there was hardly any sweets on the table, this fruit loaf was certainly a special treat for this reason alone.

Dissolve the starter in water and stir in the flour until well mixed. Cover and allow to mature in a warm spot 25-28°C, for 15-20 hours.

Soak for 30 minutes and then blend with a hand blender.

The fruit mixture can be changed to your tastes. You can also use nuts, apples, or add other ingredients. Lovers of soft and moist fruit breads must be patient for a few days- further recipes will follow.