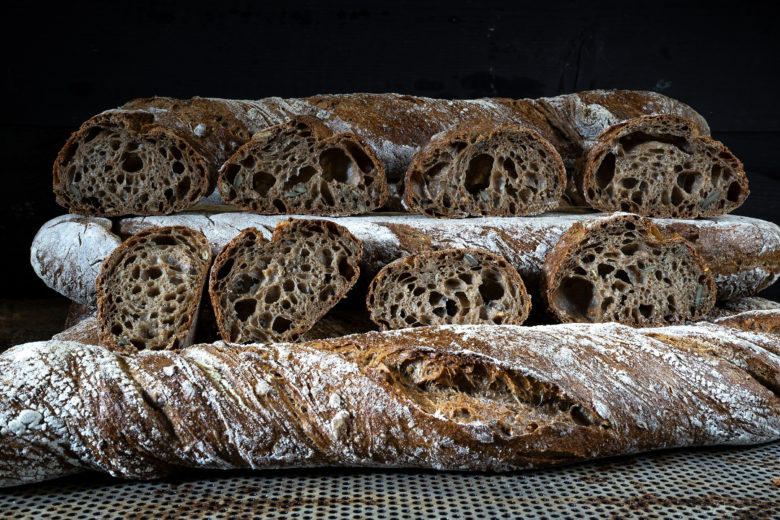 This recipe for “Pane Rustico” is based on a baguette dough that, through the addition of a seed soaker, is enhanced in flavor and appearance. The seeds used in the seed soaker can be individually customized. You can use toasted pumpkin seeds, sunflower seeds, sesame, coarse meal or even sprouted grains for the soaker.

The following recipes can all be used as the base dough:

One of these recipes is used as the base dough. To which a soaker is added in the amount of 300g per 1000g of dough. Be sure that all of the water has been absorbed in the soaker. If not, be sure to drain off any excess and only add additional water if needed.