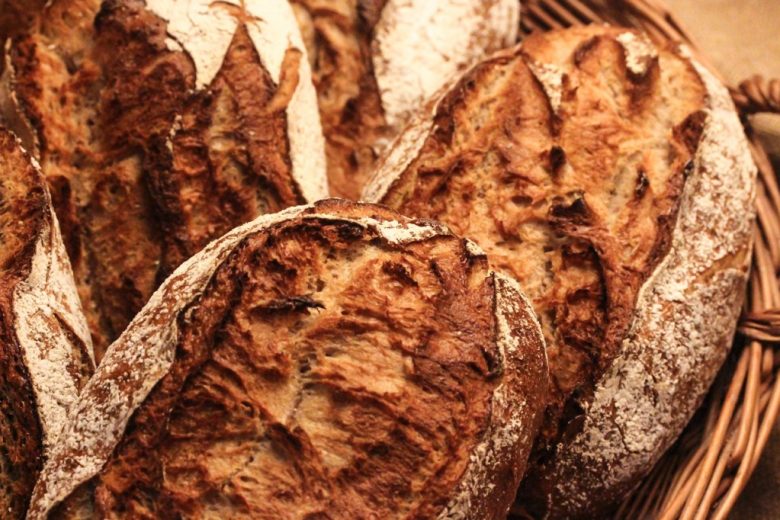 The mild rye sour and the fruity aroma of the wheat pre-dough result in a mixed wheat bread with a hearty crumb and rustic crust for summer evening barbecues.

When I worked it up, I only folded the bread and didn’t form it round and long as usual. By simply folding the dough together, the dough structure is retained and the rustic character comes into its own.

Mix all ingredients 6 minutes on slow speed and mix on the second speed just until the dough begins to release from the side of the mixing bowl (approx. 4-5 minutes).

The dough matures for 40 minutes in the mixing bowl. After the maturation time the dough is divided into two equal-sized pieces. The weighed out dough pieces are now folded from all sides into the middle and with light pressure rolled from top to bottom.

Place the bread into proofing baskets with the seam-side down and then proof at 5°C in the refrigerator. (Final proof takes about 7-8 hours).

The breads are baked in a preheated oven set to 250°C with some steam. Reduce the oven to 210°C after 10 minutes and bake until well browned. In order to achieve a strong flavor, the baking time should not be less than 50 minutes. Release the steam after half the baking time!