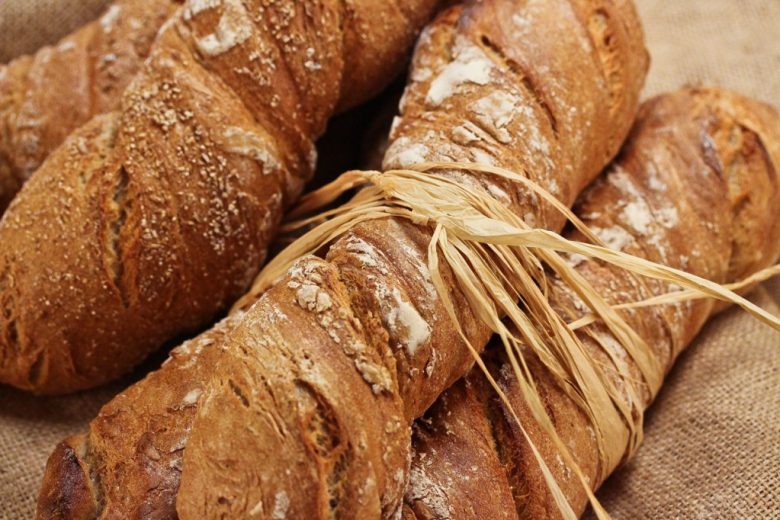 Countless types of bread fill up our bread baskets that differ in flour mixture, production, form, and taste. They all have one thing in common: a spiced-aromatic taste that develops from the crispy brown crust.

Since the elastic properties of the wheat gluten had to be relied on due to the high proportion of rye, I decided to completely pre-swell the rye. Due to the total amount of rye flour in the pre-dough and sourdough, the flavors developed to be mildly sour.

Mix all ingredients except olive oil on slow speed for 6 minutes and mix on fast speed just until the dough releases from the side of the bowl. Just before the end of the kneading time, the olive oil is mixed into the dough. Should the dough appear to be too firm, water can be added.

After kneading, the dough is placed in an oiled tub and then folded 2x after every 20 minutes. Once the dough has just about doubled in volume it can be tipped out onto the work surface, but first the work surface should be strewn with rye meal.

Lay the dough into a rectangular form and divide into 4 equal sized pieces with a dough spatula. These are then formed into twists and placed to proof in a floured cloth (couche).

Once ⅔ proofed the breads are shuffled into the oven at 250°C with steam. After 3 minutes the oven is reduced to 230°C and bake until well browned (24-27 minutes).In order to get a better crust, you should let the steam out of the oven after 15 minutes.